Learn about our GoldenChild Program 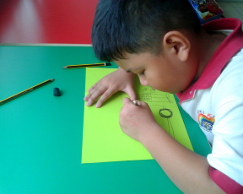 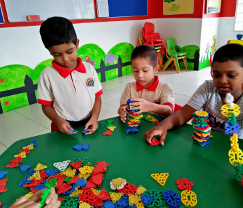 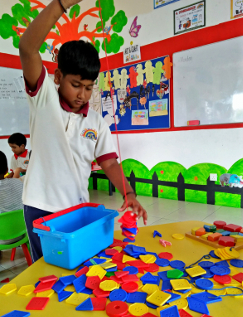 Fahim is a boy who was diagnosed as having ADHD in 2010. He join in Globalink Brainy Child in 2011 and this was confirmed by the assessment in Globalink Brainy Child. Thus Fahim joined our preschool and multidisciplinary therapy session conducted by our experienced Occupational Therapist and Speech Pathologist. He gone through a full session with Globalink Brainy Child and Globalink SpEd Services (earlier name of GoldenChild SpEd Services). In the beginning Fahim was having delays in speech and he was very very active. He sweats a lot and practically needs to use a shower towel to wipe his sweat. His concentration level was very poor and he could not sit on his chair. Fahim started to show results after 6 months being in our school. His activeness becomes lesser and lesser day by day. His fine motors and gross motor skills has improved tremendously and he also started to speak. His vocabulary has increased. He also started reading books and writing. He also presented songs individually during our school annual concert. He was going through our program for 2 years. By the time he is finishing his 2nd year in our school he able to speak, communicate, read, socialise with friends and follow given instructions. Fahim has recover from his disabilities and today he is doing quite well academically. His parents was very happy with his progress in Globalink and given good testimonial to the school. The parents said "The school educational program and multidisciplinary therapy session would be the main factor that Fahim has recovered from ADHD."Fahim achieved 1A, 3B's and 2C's for his year 6 examinations (UPSR).

We would like to wish Fahim all the best in his future education and sports.

The true story above supports GoldenChild's believe which is All Children Can Learn given an Opportunity and Trust that they can and will do!